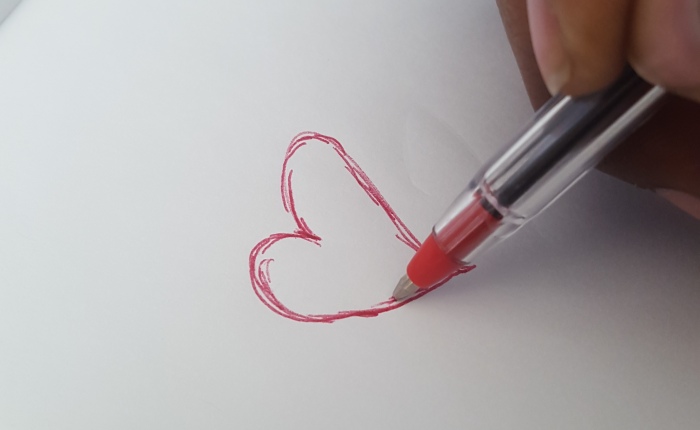 When we fellowship with others, we’re enjoying their company and often partake in some group activity and/or experience. Maybe you’ve fellowshipped around someone’s birthday or watched a game or TV show of some sort. The foundation of the gathering was not in what was being viewed, but being able to partake in the comradery and bond each individual shared with one another. That is fellowship.

So when the scripture talks about Christ in the fellowship of His suffering, it’s referring to us being in a position where we can empathize with Christ. Christ’s suffering had nothing to do with what He did wrong, and neither was it His consequence. Instead, it was a burden he carried that was placed on Him by others. He was sent by God to carry this burden, and although he struggled with it by asking the cup to pass, He quickly accepted the burden by saying, “Not my will, but let Your will be done”. Through His obedience, he was able to “destroy him who had the power of death, that is, the devil” (Hebrews 2:14).

This leads me to you. What suffering or burden has the Lord put upon you? What weight are you carrying that is not your own, but instead was given to you because the owner of it was not capable of carrying it? Or has someone wronged you and has hurt you to the core? Is the burden/suffering placed on you so heavy that you can barely move and are not sure how you’re going to get through it?

If any of those questions struck a nerve, great! You’re right where God needs you to be. We often talk about wanting to know the mind of God, and few of us are brave enough to ask for His heart. But can you truly handle His heart? Sure, we want the warms and fuzzies. We want the compassion for humanity and the optimistic belief that people are good deep down inside. Well, there is another side of God’s heart. The side that withstands backsliding. The side that is often told He’s not powerful or capable of changing bleak situations. And then there’s the side that’s often wounded by our rejection. Every time we reject Him, He thinks about what He took His son through for our sake. When we experience these same feelings of rejection and doubt, that’s fellowship in His suffering.

Like a social gathering, our suffering draws us closer to God and teaches us other ways we can lean on Him for support. You may know Him as a keeper, but do you know Him as a way maker? Your current suffering may require you to call on the Healer. Or maybe you need strength. Or is it a miracle? Regardless of what your need is, He has it. Fellowshipping through suffering also gives us a greater appreciation for what His son did for us on that cross. And just imagine that the suffering and burden you feel is only a portion of what He had to bear. So the moral of the story is this – your burden/suffering is not intended to take you out. No, instead, this is an opportunity for you to get closer to the Father. Think of it as a special invitation to understanding His heart.

3 Then He spoke many things to them in parables, saying: “Behold, a sower went out to sow. 4 And as he sowed, some seed fell by the wayside; and the birds came and devoured them. 5 Some fell on stony places, where they did not have much earth; and they immediately sprang up because they had no depth of earth. 6 But when the sun was up they were scorched, and because they had no root they withered away. 7 And some fell among thorns, and the thorns sprang up and choked them. 8 But others fell on good ground and yielded a crop: some a hundredfold, some sixty, some thirty.

Often times when we hear this message preached, emphasis is placed on providing a place for the seed to be sown—the good ground. Is it possible to believe that you have good ground for the word, but then realize it has no depth? Well, if you are afraid to admit it, allow me to be the first. This has happened to me plenty of times! I heard the Word, I received it, but then sometime the following week (or maybe even 3 days later), I find it difficult to regurgitate the Word! I mean, did I even receive one if I can’t remember it?

As a leader, God has entrusted you with the responsibility of maintaining your garden. It is up to you to put in the effort to make sure it has the proper nutrients so when you plant something, it won’t so easily be destroyed by the environment. It is imperative that you take notice and cater to the needs of your garden. Your garden will only produce to the degree it has been prepared and cultivated. If you don’t spend much time tilling the ground, pulling up weeds, laying fertilizer and watering it, nothing will grow.

How do you protect your ground? You read your Word, spend time in prayer and worship. The Bible instructs us to set our affections on things above, and not on the things of the world. But if you don’t spend any time with Him, you will not develop an appetite for Him. Developing an appetite for Him will keep you from stumbling as well. An Appetite means you need to satisfy a desire or a need. Once you spend time with Him on a regular, you will desire to seek Him more and more, BEFORE reacting to situations and BEFORE making decisions.

Have you ever noticed that when you are not trying to accomplish anything, everything seems fine? What about when you make the decision to accomplish something? Does it seem like things become more difficult? Verse 21 informs us that tribulations and persecutions are going to come, BECAUSE OF THE WORD! When a Word is spoken over your life, the enemy will bring about every opposition possible to keep this transformation from manifesting. Why? He stands the chance of losing a lot if you get to your next position in God. The more you grow, the more he loses.

Take your leadership role as an example. While God gives us grace for our designated tasks, there is still some opposition that comes with leadership. As leaders, we have to protect our vision. If God has given you a vision for something, write it down and make it plain so it can manifest at the appointed time. You have to be committed to the plan and strategy of the Lord. When opposition comes, stand firm and see the salvation of the Lord! This thing will pass, but you have to endure hardness as a good soldier.

Leaders are charged with the responsibility of living a life of integrity, especially in front of God’s people. You want to set an example and give them encouragement that if God spoke it, it will come to pass! What does it look like if you are trying to reassure someone else that God’s Word does not return void when it looks like you are having difficulties experiencing the manifestations of God’s Word yourself? To their surprise, you forfeited your own destiny by not protecting your vision!

So next time you feel God pulling you in another direction, but your circumstances are not in line; or if you feel like the enemy has a personal vendetta against you—it’s not you, it’s the Word!